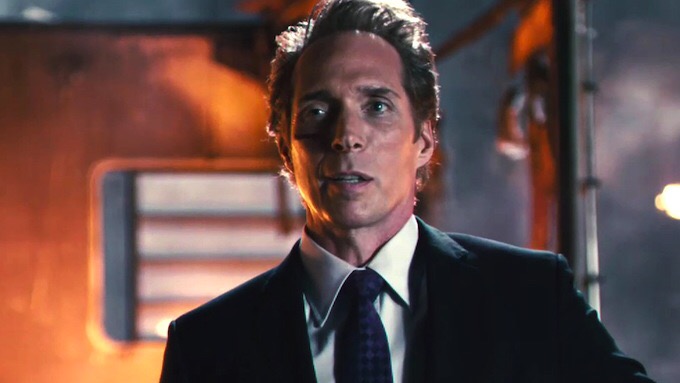 The Dumbest Sentence in Movie History

Now, this isn’t at all a review of the film itself, but a dissection of one single line of dialogue that oozed its way into my ears towards the film’s denouement. Very little context is needed to understand how ludicrous this sentence is, but for the sake of those among you who didn’t find themselves bored and curious enough to watch the movie, it takes place when William Fichtner’s sort-of-devious character has trapped and imprisoned three of the turtles, and is intent on harvesting their genetic information (for totally stupid reasons). His men are gathered around him, the music is dark and brooding, and Fichtner stands with malice in his eyes. With a gesture of nonchalance, he utters this sentence:

‘We will drain every last ounce of their blood, even if it kills them.’

See what I mean; and from a pretty decent actor, too? That hurts even more. Did he not question it? Did he consult the script writer, or take the director to one side at any point? I mean, a plethora of people oversaw the process of that line’s journey from pencil on scrap paper to movie in cinemas, and yet not a soul stopped to say ‘Hey, you guys realise that if you drain all the blood out of any living creature, it would quite obviously definitely, definitely kill it, right? I mean, we don’t need to put in the word “if”, surely?’

Part of me is content to just highlight how stupid this sentence is in the way I’ve already done so, but it’ll probably still naw away at my brain if I don’t really hammer this home, because, try as I might (and honestly, I’m really wracking my brain over here), I simply cannot come up with anything that I could possibly say that would be as bafflingly inane as those exact words in that exact order. I’ve genuinely been trying, and it’s become almost a mental exercise. It’s like when someone asks you to draw an alien, and you unintentionally give it humanoid features (face, arms, legs, head, hands), or when you try to say a sentence of total gibberish, and it still accidentally follows obvious literary patterns (the – noun – verbed – to – the – adjective – noun). We can’t help but follow our conditioned programming. This is how hard I’ve been trying to think of a sentence as stupid as the one in question. I’ve reached a point where it is physically going against my programming. Now, this isn’t to say that I’m particularly intelligent, but rather that in order to plumb the depths of such ridiculous stupidity, I’d presumably have to enter into a mindset in which I’d forget how to convert oxygen or circulate my blood. To paraphrase Robert Downey Jr. in Tropic Thunder, I’d have to go ‘full retard’.

Okay, whatever, that’s enough from me, but here’s a challenge. If I have any readers left (because I’ve been neglecting this poor blog), then please, I’m genuinely asking you, try to leave a comment with a line from a movie that is as bafflingly stupid as this one. Try and think of any line, or quote from anything, that equates to as much of big fat nothing as this sentence does. I wish you good luck, but I legitimately can’t imagine anyone beating the TMNT writing staff on this one.

Me complaining about stuff